GKIDS, the acclaimed distributor of multiple Academy Award®-nominated animated features, with TMS Entertainment and Fathom Events announced that they will bring LUPIN III: THE FIRST, the latest standalone adventure in the storied “LUPIN THE 3RD” franchise, to select cinemas nationwide for two nights only, on October 18th and 21st. Fans who are looking forward to viewing the film at home can also anticipate the film arriving to home entertainment platforms later this year, with a date to be announced shortly.

The “LUPIN THE 3RD” franchise, from original creator Monkey Punch, began in 1967 and has spanned a variety of manga, TV, game, theme park ride, and musical adaptations, including The Castle of Cagliosstro (1979), the feature film debut from the acclaimed director Hayao Miyazaki. An official selection at the 2020 Annecy Film Festival, the highly anticipated film marks the first installment in CGI for the lauded animated franchise.

The all new English language dub film will feature the voices of Tony Oliver, Doug Erholtz, Michelle Ruff, Richard Epcar, and Lex Lang returning to their roles within the franchise, and Laurie C. Hymes, J. David Brimmer, and Paul Guyet joining the cast for this latest adventure.

Tickets are available now at LupinIIITheFirst.com. 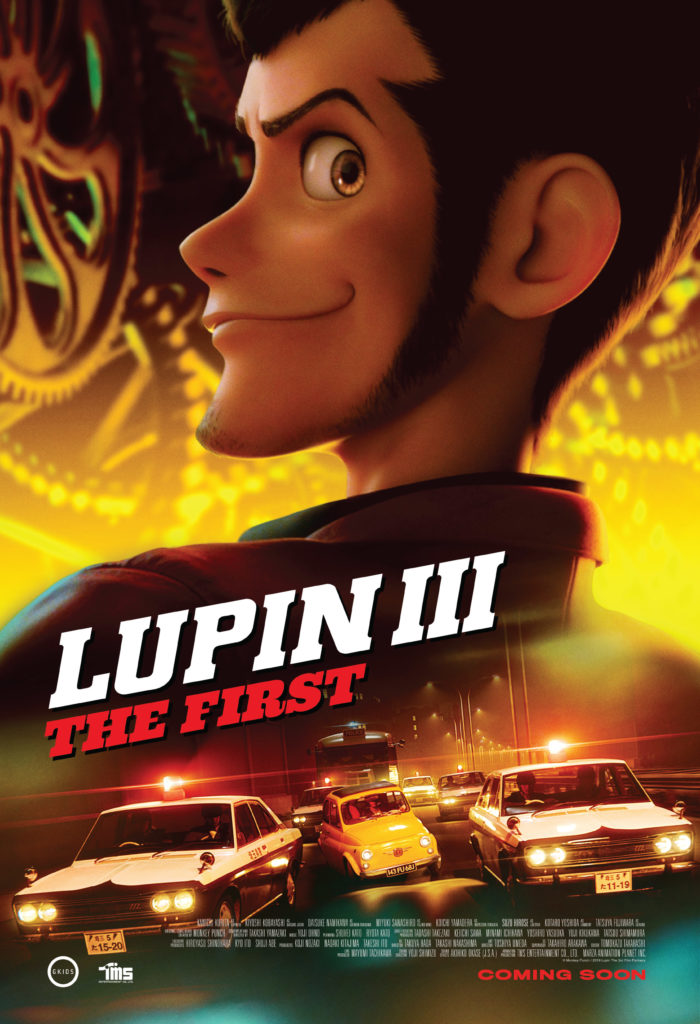 Cowboy Bebop is available to stream Nov. 19 on Netflix