POPJNEO is a magazine that introduces Japanese POP culture.

The first issue being released on March, 2007. This book mainly features entertainment, food, fashion, and tourism in Japan. It also consists serial programs such as a life simulation in Japan, offering a challenge Japanese traditional techniques and so on, which introduces Japanese life and culture. “World’s first English Comprehensive Japanese information magazine.” It is posted on Webzin and E-Book as visual content.

JANIME is a newspaper-like free paper written in English that introduces Japanese entertainment. It is since 2006. Now it is a non-periodical publication and the publication continued until the sixth issue. Now we are looking for clients as a convention information guide magazine as we move on to the Webzin. 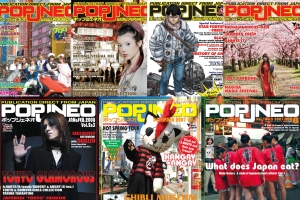